The Basic System of Government identifies the nature of the state, its goals and
responsibilities, as well as the relationship between the ruler and citizens. It defines the
Kingdom of Saudi Arabia as an Arab and Islamic sovereign state; its religion is Islam and
its constitution is the Holy Qur’an and the Sunnah.

The King, who also acts as prime minister, ensures the application of the Shari’ah and
the State’s general policy, and supervises the protection and defense of the nation. The
Crown Prince is appointed by the King. Members of the Council of Ministers assist the King
in the performance of his duties.

The new bylaws introduced for the system in 1992 further explain that the purpose of
the State is to ensure the security and rights of all citizens and residents. It emphasizes
the importance of the family as the nucleus of Saudi society. The family plays a vital role
by teaching its members to adhere to Islamic values.

In defining the relationship between the ruler and the people, the system emphasizes
the equality of all Saudi citizens. All are equal before God and in their concern for the
well-being, security, dignity and progress of their nation. All citizens are also equal
before the law. 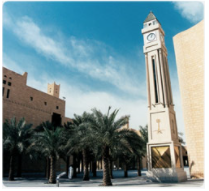 The Council of Ministers, also called the Cabinet, advises the King and facilitates the country’s
development. It represents 22 different government ministries and is presided over each week by the
King or his deputy.

The Cabinet is responsible for drafting and overseeing implementation of the internal,
external, financial, economic, education and defense policies as well as the general affairs of the
State.

It is the final authority for financial, executive and administrative matters. Its
resolutions are non-binding unless agreed upon by a majority vote. In case of a tie, the
prime minister casts the tie-breaking vote. It functions in accordance with the Basic System
of Governance and is advised by the Majlis Al-Shura (Consultative Council).

Since Saudi Arabia is an Islamic state, its judicial system is based on Islamic law
(Shari’ah) for both criminal and civil cases. At the top of the legal system is the King,
who acts as the final court of appeal and as a source of pardon.

The Saudi court system consists of three main parts. The largest is the Shari’ah
Courts, which hear most cases in the Saudi legal system. The Shari’ah courts are organized
into several categories: Courts of the First Instance (Summary and General Courts), Courts
of Cassation and the Supreme Judicial Council. 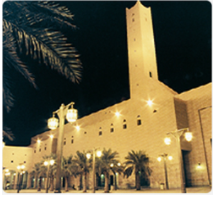 Supplementing the Shari’ah courts is the Board of Grievances, which hears cases that involve the
government. The third part of the Saudi court system consists of various committees within
government ministries that address specific disputes, such as labor issues.In April 2005, a royal
order approved in principle a plan to reorganize the judicial system. On October 1, 2007, a royal
order approved the new system. Changes include the establishment of a Supreme Court and special
commercial, labor and administrative courts.

Shari’ah refers to the body of Islamic law. It serves as a guideline for all legal matters in Saudi
Arabia. In the Shari’ah, and therefore in Saudi Arabia, there is no difference between the sacred
and the secular aspects of society.

Muslims derive Shari’ah law primarily from the Holy Qur’an and secondarily from the Sunnah, the
practices and sayings of the Prophet Muhammad during his lifetime. The third source is Ijma’, the
consensus of opinion of Muslim scholars on the principles involved in a specific case occurring
after the death of the Prophet. Qias, analogy, is the fourth source of law.

Shari’ah presumes that a defendant is innocent until proven guilty, and only in serious crimes
or in cases of repeat offenders is one likely to witness severe punishments.

The Majlis al-Shura, or Consultative Council, is a legislative body that advises the King on issues
that are important to Saudi Arabia. 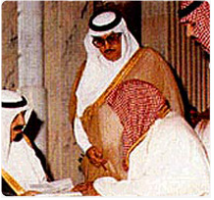 It is a modern version of a traditional Islamic concept – an accessible leader consulting
with learned and experienced citizens – which has always been practiced by Saudi rulers.

The Consultative Council currently consists of 150 members appointed by the King for a
four-year renewable term. Based on their experience, members are assigned to committees.
There are 12 committees that deal with human rights, education, culture, information, health
and social affairs, services and public utilities, foreign affairs, security,
administration, Islamic affairs, economy and industry, and finance.

Originally restricted to discussion of regulations and issues of national and public interest, the
mandate of Majlis Al-Shura was broadened in 2004 to include proposing new legislation and amending
existing laws without prior submission to the King. It has always been able to request that
government officials participate in key meetings and apply for access to government documents.

On April 7, 2003 the Majlis Al-Shura became a full membership of the Inter-Parliamentary Union.