Minister of the National Guard

Minister of Municipal and Rural Affairs

Minister of Commerce and Investment

Positions Held: Assistant professor of industrial engineering, King Abdulaziz
University, 1987-1998; Secretary-General, Jeddah Chamber of Commerce & Industry, 1998-2002;
director-general of the Sultan bin Abdulaziz Al-Saud Foundation, 2002-2013; Adviser at the Crown
Princes’ Court, 2010-2011; President of the Special Affairs for the Crown Prince, 2011-2014;
Advisor at the Crown Prince’s Court, 2010-2014; Chief of Private Affairs for the Crown Prince,
2014-2015; president, Jeddah Economic Forum. Served as a member of the boards of the Council of
Prince Salman Center for Disability Research Management, Association Majed bin Abdulaziz for
Development and Social Service, Saudi Society for Alzheimer’s Disease, Saudi Society to Preserve
the Heritage, Council of the Saudi Ports Authority Management, High Commission for the Development
of Hail, the Centennial Fund, and Supreme Economic Council; Minister of Social Affairs
(2015-2016). Named Minister of Commerce and Investment on May 7, 2016.

Minister of Culture and Information

Positions Held: Named Minister of Culture and Information on April 22, 2017.

Minister of Labor and Social Development

Minister of Hajj and Umrah

Positions Held: Names Minister of Hajj and Umrah on May 7, 2016,

Minister of National Economy and Planning

Positions Held: Minister of Labor, August 18, 2010.-April 29, 2015; Mayor of Jeddah
Municipality, 2005-2010; Chairman of The Savola Group; Chief of Development of Services and
Facilities at the Council of Makkah Region; Member of the Municipal Council of Jeddah Municipality;
Member of the Supreme Body for Developing Makkah Region; President of the Chamber of Commerce and
Industry in Jeddah; Chairman of Al-Jazirah Bank; Member of the Supreme Commission for Tourism;
Member of the Royal Commission for Jubail and Yanbu; Minister of National Economy and Planning since
April 29, 2015.

Minister of Communications and Information Technology

Positions Held: Named Minister of Transport on May 7, 2016,

Saudi Arabia is divided into 13 provinces. Each province has a governor, a deputy governor,
and a provincial council.
These councils deliberate on the needs of their province, work on the development budget,
consider future development plans, and monitor ongoing projects.
The governor and deputy governor of each province serve as chairman and vice-chairman of
their respective provincial council.

Each council consists of at least ten private citizens. As with the Majlis Al-Shura,
members of the
council participate in committees that focus on various issues of interest to the province.
The
council issues reports that are submitted to the Minister of the Interior and then passed on
to the
appropriate government ministries and agencies for consideration. 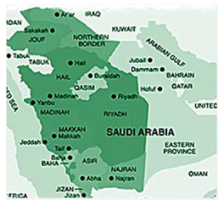 The provincial council system is the result of bylaws established by King Fahd in 1992. These bylaws
divided the country into 13 provinces and defined their administrative structure, how they would be
administered, and the responsibilities of the governors and other regional officers. In 1993, King
Fahd named 210 members to the provincial councils.

In 2005, municipal elections were held for half of the members of each of the 178 municipal
councils
in the Kingdom. The remaining half of the council members and the mayor are appointed.